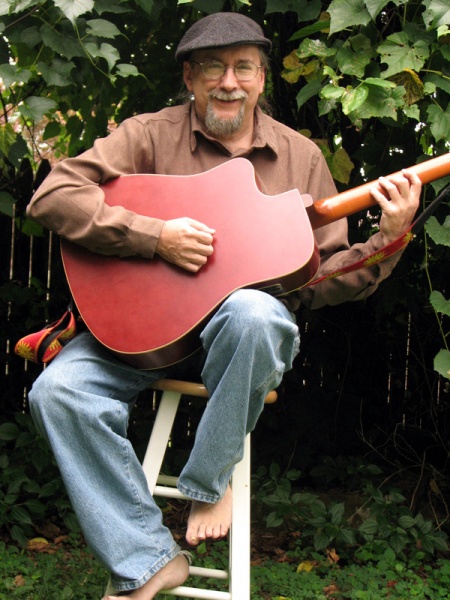 Start with an acoustic guitar broth. Blend together thoroughly with Rock. Heat over a slow flame. Add a pinch each of Funk, Reggae, Classical, Noise, Blues and Jazz. Season with plenty of Humor. Simmer for years…
Steve has written about 300 songs over the past 30 years and some of them are actually OK. He has always been in tune with the times. He played in acoustic duos through the Seventies when Disco was big. When acoustic singer-songwriters became popular, he formed an electric band; then when bands led by singer-songwriters got big, he quit the business for a few years. His music has been played on KDKA, WYEP and 3WS Radio, and he has recorded songs for the last three Songwriters
Circle CDs.