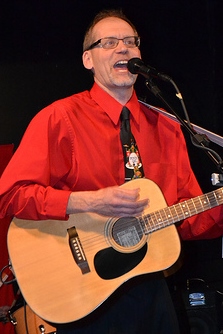 David Michael King writes songs about karaoke and Facebook, truck drivers and dancing, war and poverty. His debut recording, “Love and Other Punchlines,” takes a decidedly satirical approach to his subject. With a voice frequently compared to James Taylor, David’s melodies are moving and memorable, while his styles range from folk and blues to doo-wop and tango.